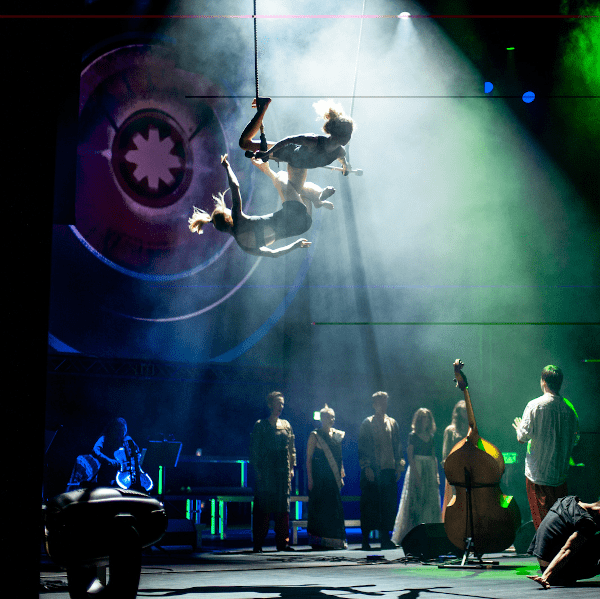 A letter to friends, co-workers and related circles.

I encourage you to participate and follow the new initiative:

THE FESTIVAL OF ERROR THEATERS.

This year – the initial, modest edition, but already next – the big, I hope, theatrical Woodstock.

The obsession of one of the sleepless nights: how many young, quivering, arguing with me, “thrown out”, enterprising people left Gardzienice …? Legion.

How many of them, so fantastic here, under pressure, have solidified. And although I was not able to find them a place in the strict team, they continue to fight bravely.

First, “cooked” in Gardzienice, in this ever-seething vat, and then returning to cold reality.

After all, we are dealing with many non-trivial phenomena. Both in Poland and abroad. It is not only, as already described in the literature on the subject, that interesting phenomena radiated from Gardzienice in the so-called earlier heroic period, such as the “Pogranicze” Foundation, “Węgajty” Village Theater, “Kresów Music” Foundation, “Song of the Goat” Theater, Warsaw Theater Studies, “Zar” Theater or the “Chorea” Theater Association.

Interesting energies are still radiating from our generator.

They err beautifully. Leaving beautiful benefits behind. Often in the wilderness of art and culture, off the beaten track. Some people enter the main paths of culture, bravely fighting for a place for their (our) imaginations.

It proudly sounds like ‘a wandering theater’. I would like it to be in opposition to the pompous notions of “seeking theater” or “laboratory”.

What kind of wizards are messing around in these laboratory cups?

Isn’t it healthier if modesty, uncertainty, but also desperation in ERROR will be opposed to the pride of the so-called “search”?

For several decades, with bristling hair, I have been observing how those who identify with the concept of “searching” behave as if they grabbed God by the legs; as if they were the depositories of some uniqueness that would give them a special position. How they flaunt in their sense of “mission”.

They don’t know – poor folks, they chase their own tail. They do not know how colorful and ridiculous they are in assuming the attributes of those who once achieved greatness, inventing propaganda ideologies of “searching”.

We all err. The trick is to err beautifully.

So I invite all the artists and groups that wander beautifully – to participate in our theatrical Woodstock. And those who are (or were) connected with Gardzienice – and those who are from elsewhere.

Although I myself am from the Woodstock generation, I was not allowed to be at Woodstock.

However, I was given the opportunity to participate in the European Woodstock – that is, the Windsor Rock Festival in England. It was held for five days and nights on several dozen hectares of riparian forests around the royal estate in 1974.