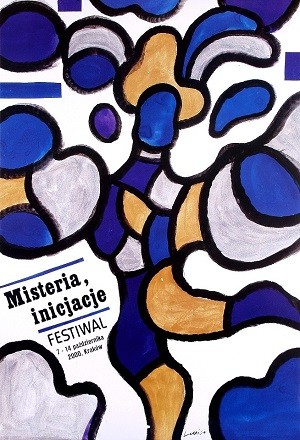 This is a project by Włodzimierz Staniewski , implemented by the Biuro Kraków 2000.
Its first edition was one of the most important events that took place in Krakow in 2000 in connection with the granting this city an honorable title of one of the European Cities of Culture. This first edition was quite an unusual one, for it was realized in two parts.

In October 1999, together with the Department of History and Theory of the Theatre of the Institute of Polish Philology at the Jagiellonian University, an international science symposium Mysteries, Initiations was organized and it brought together experts from different fields and countries. It was a kind of a prologue to the substantial second part of the Festival, organized a year later.

In October, for more than a week,  presentations, workshops and meetings were held in Krakow, referring to the main theme of the project, which was attempting to show a multi-faceted problems associated with various ritual dramatizations, their social and cultural functions, their past (especially the ancient past), present and future.

Dr. Dariusz Kosinski, from the introduction to the book ‘The Mysteries, Initiations’, ed. Office of Krakow 2000

The scientific session was attended by:

During the symposium the performance METAMORPHOSES was presented.

Film screenings about the activities of the Centre for Theatre Practices and METAMORPHOSES performance were presented as part of the festival.