The Music of the World 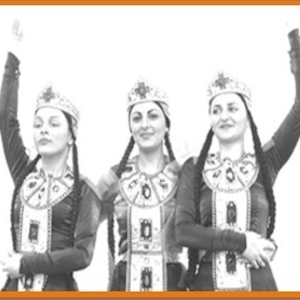 As part of the project The Music of the World are organized concerts of folk music groups from different regions of the world. We attach particular importance to the musical themes rarely shown in Poland.

Concert of Georgian Folk Song and Traditional Dance Ensemble TSISKARI – ABJARI (28 October, 2007 in the Congress Hall of the University of Life Sciences in Lublin) Tsiskari Group was founded in 1980 in Tbilisi. 70 dancers, aged 16 to 25, are involved in the artistic work of the group. The repertoire of the group consists of melodies, costumes and dances from different regions of Georgia. The group took part in various local and international folk festivals in countries such as France, Italy, Macedonia, Russia, Greece and Hungary.
Visit of the Georgian dancers was connected with the workshops, which were held at the premises of the Centre for Theatre Practices GARDZIENICE.
Project supervisor: Marcin J. Mrowca

Concert of ARGJIRO – Albania
Men’s Polyphonic Group ARGJIRO was founded in Gjirokaster , a city in southern Albania. The founders – brothers Kastriot and Landi Çenko – became known in the early 1980s , when they formed the core of the Grupi i të Rinjve (the Group of the Young). The group was awarded the first prize at the National Folk Festival in 1983 and toured in many European countries. In addition to the recordings made in their home country, a compilation of their songs was released in France as part of the World Heritage Music. ARGJIRO continues the best traditions of the earlier band. While retaining the core of the old group, they are considered by experts as one of the best in Albania. The repertoire of the singers is created mainly of the traditional songs from Gjirokaster, which are characterized by long mono themes and smooth melody. Their repertoire includes also songs derived from traditional iso-poliphonic singing of Albania.

Albanian iso-polyphonic singing can be incorporated into the whole tradition of singing in the Mediterranean (Greece, Sardinia, Corsica).  However, in this case polyphony appears on several voice levels, and the singers themselves estimate the value of singing both by the quality of every individual one, as well as their ability to perform together. The tone base is created by co-called iso, which is the primary voice (burdon) created together by most singers. The song, however, consists of three voices: the first (marrësi), second (pritësi) and third (hedhësi). If the primary voice is like a canvas of the song, it is the combination of the latter that determines the melody and emotional intensity. This way of singing is widespread in southern Albania, mainly in the region of Labëria (hence the name in Albanian : labçe), Gjirokaster, but also in the region of Korçy. It often happens that the first voice is female, especially in the lyrical songs, love or lamentations. In contrast, epic songs are generally sung by men.