THE GARDEN OF THEATER CONFERENCE, GARDZIENICE 2009 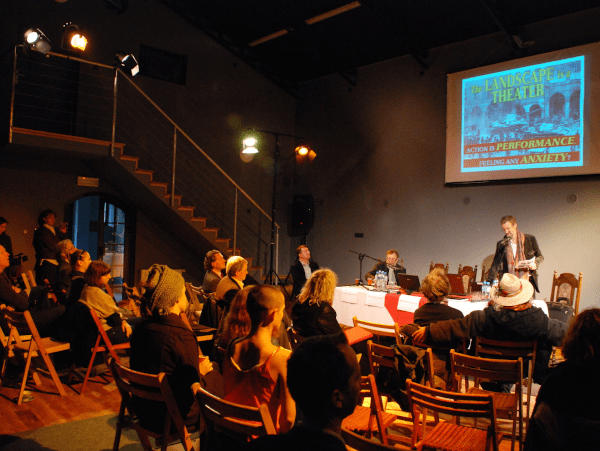 Gardens and theater gardens Polish-Norwegian residence of theaters On October 24, 2009,

I am organizing a Polish-Norwegian conference entitled GARDENS AND GARDENS OF THEATER. (…)

It is supposed to be a dialogue of concepts concerning the park complex belonging to the Center for Theater Practices.

The aim of the conference is to present different points of view and different visions that individual specialists can submit for the development of a park complex. It is about a creative approach to the idea.

I would ask you to take into account the fact that the vision of creating the final effect is not only to be associated with a historical reconstruction, but that the park complex has a theatrical function, i.e. it is a kind of great stage where individual parts of the park with its attractions play naturally – your roles.

They leave a mark on the viewer’s sensitivity and emotions. I mean, of course, the natural and architectural attractiveness (as in Japanese gardens), but it is closely related to the theatrical events arranged in these places of special influence.

To emphasize the theatrical or even metaphysical role of the park, I will use a quote from Mikhail Bakhtin: “All objects – the sun, stars, earth … etc. – are given to man not as objects of individual contemplation or as selfless reflection …

All objects are drawn into the movement of life, making them living participants in its events. These objects take part in the plot, they are not opposed to actions as their passive background ”.

The project referred to the long-term cooperation of two experimental theaters: the Polish Center for Theater Practices Gardzienice and the Norwegian group Stella Polaris. Both have arisen from the search for inspiration in archaic and traditional cultures and the natural environment. Cultural education is also an important element for both. The starting point for the joint project was the idea of ​​the ecology of theater, the underlying idea of ​​the Gardzienice Theater, the relationship between art and the natural environment. In connection with the above, it was assumed that the project would be carried out in places where nature and gardens meet with art. The role of the natural environment as an inspiration and an important element in the theater was the subject of reflection of specialists participating in the planned activities.

The main element of the project was the mutual exchange of residences. For four weeks, each of the theaters was hosted at the Partner’s premises, presenting the gardens of their creativity (performances for the general public) and the gardens of cultural traditions that were the basis of artistic inspiration (exhibitions, film screenings). At that time, both theaters also conducted intensive educational activities by organizing a series of workshops. The activities of the project involved not only artists belonging to the ensembles of both theaters. Thanks to the workshops, scientific session, public presentations and exhibitions, the audience has grown to include crowds of culture animators from Poland and Norway, and a wide audience. Over 40 artists took part in the project, and the proposed artistic events were seen by over 3,000 people.

Stella Polaris is the oldest Norwegian theater group belonging to the so-called street theater, founded in 1985 by Merete Klingen and Per Borg (since 2006 it has been a public cultural institution). Stella Polaris carried out artistic projects inspired by minority and archaic cultures (Roma, Sami people, Maori, African and Indian cultures, inhabitants of Bali, etc.). The idea he promotes is sharing the joy of the spirit and the energy that comes from the cooperation of people of different cultures. The theater has staged performances all over the world. He is also involved in educational projects.

On October 24, 2009, an international conference was held in Gardzienice. Gardens dedicated to the genius loci, the aesthetics of landscape creation, the relationship between the natural environment and culture. The conference was attended by architects, landscape architects, botanists, as well as theater scientists and cultural animators. The Polish and Norwegian sides were represented by, among others:

Per Borga – founder of the Stella Polaris Theater

Karsten Jorgensen, prof. Landscape Architecture and Dean of the Faculty of Landscape Design at the Norwegian University of Life Sciences.