Autor of the performance – Włodzimierz Staniewski

Compositions for the sentences of the Seven Wise Men – Mikołaj Blajda

Translation of texts by Herodot: George Rawlinson – into English, Seweryn Hammer – into Polish

In our culture — as well as in our collective imagination, which is culture’s most precious treasury — the names of Sybil, Pythia, and Cassandra have merged into one and came to epitomise  divine inspiration, the ability to foretell the future and unveil the mysteries of the human condition.

Sibyl lived in Cumae, a village in Campania of the Etruscan times (though she was thought to have come there from Greece); Cassandra lived in Troy, and the prophetess worshipped under the name of Pythia was based in Delphi. Cassandra led a worldly life (Greek βίος – “bios”), while the lives of Sybil and Pythia transcend into an eternal dimension (Greek ζωή – “zoe”). All three had received their prophetic gifts from Apollo and became an inexhaustible source of inspiration for poets/eulogists, whom we, Slavs, call “wieszcze” — the soothsayers. And indeed, one of our “wieszcze” wrote: “Where is that man, who will hear the entire thought hidden within my song?” (A. Mickiewicz)

Apollo, the giver of prophetic gifts, reigned in Delphi. He extended his grace onto the Seven Wise Men, who, in the sixth century BC, gathered in the Delphic centre of the universe to give testimony to the sagacity and sublimeness of Greek mind and spirit. One should not, however, forget that Delphi was the only place where sanctuaries of both Apollo and Dionysus resided together in almost brotherly harmony. Thunderous Apollonian paeans and Dionysian dithyrambs resounded over the pastures and trails of Mount Parnassus towering above Delphi. The paeans praised reason, the dithyrambs — music and intuition.

History knows few verses that are so concise in form, and yet so deep and rich in meaning, as “the commandments of the Seven Wise Men”. Their validity never expires. They cut straight through the twaddle of our post-culture the erosion of faith and values from today’s post-world. One hundred and fifty maxims, precepts, exclamations, exhortations, requests, warnings, litanies, spells and “skyward screams”… Inscribed in stone — the omphalos — placed in front of the temple of Apollo, at the foot of the same rock where the Pythia delivered her prophecies on the seventh day of each month.

That’s what some researchers say at least — for others believe that both Pythia and the omphalos were hidden from the eyes of ordinary mortals in the adyton, in the Holy of Holies, the shrine of Apollo. Some presume there were two stones – one indicating the centre of the world, the other carrying the engraved message of the Seven Wise Men. Some sound like road signs for life (“Do not break the oath,” “Praise bravery,” “Drink in moderation”), while others appear to resemble the Pythian riddles (“Behold what you heard,” “See things like a stranger”; “Know what you know”).

The stone bore both the text and the musical notation: it spoke and sang. For centuries, the omphalos of Delphi was repeatedly copied — not only in the Peloponnese, but also in Miletopolis and in other cities of Asia Minor, and even in Egypt and Afghan Bactria. Pythia, too, appeared in her successive incarnations wherever the ancient Hellenes set foot. In antiquity, the art of divination was as common and desirable as weather forecasts and fantasy films are today. The ancients postulated: “Know thyself”; while modern magicians foretell the future from the stock market graphs and public opinion research. No commentary is needed here.

And now for a word from an eminent expert:

“We must always remember that the original inscription in the Holy of Holies of the Pythian shrine was engraved on the stele sometime in the early 6th century B.C. (if not earlier) (…) We know that “The Commandments of the Seven” is the earliest known didactic collection of Greek wisdom. We also know that they had successfully served Greek education for more than twenty full centuries.

Regarding their ethical standard, all we can say is that it stands at a higher level than the Mosaic Decalogue —  without claiming to be the word of any god and yet at the same time teaching deep respect and obedience to the Divine power”.  (Al. N. Oikonomides, 1987) 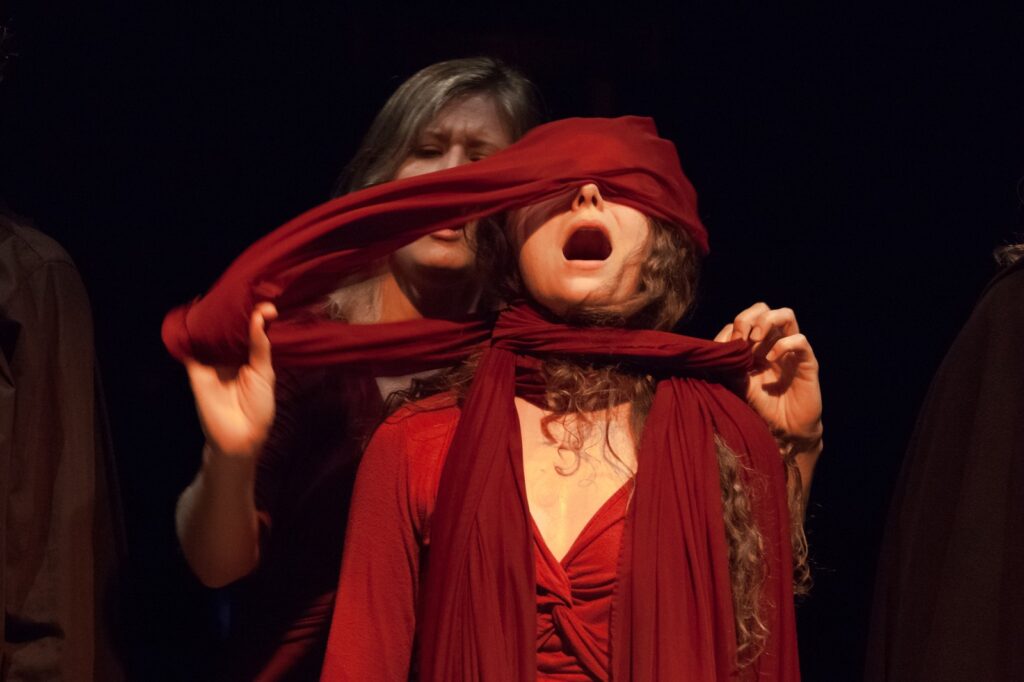 At Delphi, that first village girl, like her countless successors, sat on a tripod allowing Apollo’s vapours to enter her body through her vagina. She felt them pass through the continuous tube which the Greeks believed connected a woman’s vagina and womb with her larynx, and emerge from her lips in the form of inspired utterances—the words of Apollo. The priestess, called the Pythia, was sometimes young; sometimes the office was taken by an older woman, who had produced children, but renounced sexual relations with men to devote herself to providing a pure vessel—a vehicle–for the mediation of the will of Apollo to the ears of men. The post was prestigious, conferring money and status on the priestess and her kin; there must have been tension and competition over the selection and training of suitable candidates.

The aural experience of the Pythia’s trance remains something of a mystery. The Greeks used words to describe it which imply both the growling of dogs and the twittering of swallows. Seers in ancient drama swooped down intervals of more than an octave to represent the moment when the prophetic ecstasy took hold. The form in which the questioners received them was in the ancient, rolling, six-beat verses also used by Greek epic—the dactylic hexameter. Some priestesses may well have been able to extemporise in this verse form, although sometimes their noises were inarticulate and needed to be ‘translated’ into verse riddles by one of the several male priests who attended her.

What impresses me most about the Pythian Oratorio is the emotional conviction with which the Gardzienice actors bring the ancient wisdom speech to life—not only aurally, in their clear-ringing voices, but in the shifting registers of their solo and ensemble dance movements. The performance feels like an act of ritual, as audience and performers become jointly engaged in a mysterious rite of communion with their cultural ancestors, who themselves sought through divination and philosophy to tap into the secrets of human existence and of the universe.

I was enthralled by the new Pythian Oratorio from start to finish – it was one of those experiences where you do not notice time passing.The work inextricably weaves together the words of ancient Delphic wisdom with physicality, voice and music into a sequence that is full of variety and yet forged into a unity. Combined with the dynamic pace and vigour that are so much associated with Staniewski and hisGardzienice performers, there were strands of grace and lyricism,opening up vistas of tranquility locked into a kind of primevalintercourse with struggle and fierceness. Echoes of the Music of theSpheres!

Staniewski’s Pythian Oratorio is an appropriately modern lyrical feast for the eye and ear. It refreshingly sidesteps touristic ritualism or recreations of ancient happenings, and from the condition of musicality – the resonances of ensemble movement and choric soundings– awakens the aesthetics of mysterious oratory. The piece is both commanding and hymnal, buoyant and profound.

Until the moment the final applause resounds, we forget that there has ever been any other reality. We’ve entered the time machine and bought a one way ticket only. As we look ahead, our thoughts do not simply stop there. Along the trails of scenes and elements of dramatisation, they travel further, all the way to the peaks of Parnassus, so that a second later they tumble all the way down to the stone chamber under the temple of Apollo. This is the greatest phenomenon of Staniewski’s theatre: the incredible imagery and its impact on the imagination. With the use of the acclaimed movement technique and sounds characteristic to Gardzienice, the director can paint a world we cannot distinguish from reality. (…)

In the Pythian Oratorio, as in previous performances, Staniewski launches an attack of a syncretic form of colours, movements and sounds. We try to look in all directions to see as much as possible, but still there is no way to comprehend it all. (…)

Throughout the performance, we see ten actors on the stage. Each one is a great individual, but their superhuman force is active only in the collective body. In the resonance of voices, bodies and movements, they create a most unique performance. As always, they employ a whole range of beautiful and wild sounds, which they have diligently developed over the years. (…) It is an amazing feast for the soul.

Włodzimierz Staniewski confronted the verses of the Commandments of the Seven Wise Men (6th century BC), so concise in their form, with the actors’ perfection of melodious movements and precise gestures. The musical form of the Oratorio, with a choir and an orchestra playing live, further doubled the theatrical energy load of the new ”Gardzienice” production. The performance, like a fountain of pure, refreshing water, provides the spectator with guidance on how to walk through the post-culture and the post-world.

Staniewski’s newest work is tailor-made for the times when a man desperately needs a “by-pass” to reach his own heart, and the heart of another, and then, heaven. Staniewski performs a “by-pass surgery” on the open hearts of the audience. The performance restores our faith in the values ​​of modesty, self-control, justice, rationality. It reminds us: know the right time, search for wisdom, speak of beauty, give what you should…