The Academy for Theatre Practices “Gardzienice”

was initiated by Włodzimierz Staniewski in September 1997 and follows a curriculum based on the artistic objectives he formulated. The 2-year course consists of monthly sessions, each 4 to 5 days. The sessions are held in Gardzienice; occasionally, the students also attend residential sessions in other locations.

After completing the first year of the Academy, the students begin developing their final performance.

The classes are taught by the artistic ensemble of the Centre for Theatre Practices in Gardzienice as well as by teachers and scholars from Poland and abroad.

The graduates of the Academy are invited to participate in the performances from the Centre’s repertoire and other artistic projects. They also have the possibility to develop their own creative initiatives.

The uniqueness of the Academy for Theatre Practices lies in the combination of means of expression derived from experimental theatre, classical theatre, and native Polish folklore. As such, the Academy aims to build bridges between the so-called “high culture” and “mass culture”.

Participants are selected form amng the Polish and foreign candidates based on their entry submissions and an audition. Students include, for example: culture practitioners in local communities, instructors and actors of amateur theatre groups, students and graduates – mainly of humanities and theatre schools.

On completing the Academy Course, students will receive a certificate signed by all lecturers and tutors. Selected students from the Academy for Theatre Practices GARDZIENICE participate in projects carried out both at the Centre for Theatre Practices in GARDZIENICE (theatrical marathons implemented within the repertoire of the theatre) and in trips and performances in Poland and abroad. Some participate in international workshop sessions such as Sumer Intensive; an annual, international course for actors and directors with special interest in GARDZIENICE’s work and history. Students of the Academy initiate and lead many cultural and artistic projects, for example: Festival of the Wandering Theatres, “Off-Confrontations” Festival, concerts, workshops and lectures.

Final performances of each Academy classes:

MET E’MOI on the basis of IPHIGENIA IN AULIS directed by P. Passini (II Course Academy)

THE LAST TIME – based on H. Ibsen, “Masterbuilder” (XI course of Academy)

“Theatrical compositions with respect to the drama of the antiquity” – W. Staniewski

Lectures and workshops were led, among others, by:

Kazimierz Braun – director and author of books on theatre, professor at the Buffalo University (USA),

Małgorzata Dziewulska – director, author of books about the theatre, playwright at the National Theatre,

Alison Hodge – director, writer and author of books about the theatre (England),

Ireneusz Guszpit – author of books about the theatre, a lecturer at the University of Wroclaw,

Krzysztof Rutkowski – author of many books, expert on the works of Adam Mickiewicz (France),

Zbigniew Taranienko – aesthetician, philosopher, lecturer at the University of Warsaw,

Joanna Słowińska – singer linked to the “Cellar under the Rams” and traditional music,

Wojciech Dudzik – author of books about theatre, professor at the Institute of Polish Culture – Warsaw University,

Theatre actors from previous constellation of GARDZIENICE and many others.

Some publications and film projects about the Academy:

In the Center’s Archives are reports by the students, as well as audio and video recordings of most Academy projects and activities over the years. The Academy is made possible by the financial support of the Ministry of Culture and National Heritage.

Excerpts from Włodzimierz Staniewski’s memorial to the Minister of Culture and Art, 1991

(…) The youth of the city must have a place which stimulates the imagination not only with conventional school methods, but by drawing young people into works of art and organic work, with spiritual values ​​and the highest specialist standards. Such a place must be excluded from the urban context where everything is done hastily and superficially.

It must provide the opportunity to focus and experience its environmental value. It must be the “new natural environment of art and education.” Environment in which the toil of existence becomes a leaven for creation. A stay in such a place should be a training for the imagination. It should build a sense of inner freedom.

Such a place would be a workshop of intellectual Argonautica. The Home of Theatre Practices and The Home of Musical Practices, our team and associate professionals from around the world could serve this mission. (…)

The coordinator of the activities of the Academy is Mariusz Gołaj – actor and a co-producer of most of the projects of the Centre for Theatre Practices GARDZIENICE.

I coordinate the Academy for Theatre Practices for more than ten years. I dedicate at least seven days of each month for this – two days (spread over the month) for talks with Włodzimierz Staniewski on the concept of the next session, discussions with invited guests who will lead the classes, conversations with colleagues from the cast about their work with the students. I work on developing schedule for the next session, correspondence with students, preparation of all the facilities. And then only five days of working with the students – from 10 a.m. to midnight, from morning exercises to the night run.

At each session, every day, I do my part of the job, watching over the implementation of the daily schedule, caring about places where subsequent events are being implemented, but also about meals on the tables and fire in the fireplaces, or the heating in the rented rooms in the countryside.

I care about the guests – prominent lecturers and artists, to create the best conditions for them, so that those few hours with the “youth of GARDZIENICE”, could become an important intellectual, educational, artistic event, and for the students of the Academy could be fulfilling and enlightening.

Staniewski sees each session of the Academy as a multi-day, continuous artistic event; continuous, intensive rehearsal, the adventure with the theatre. Working with the body, voice, song, lectures, all the undertaken threads of theatrical work are to develop the knowledge and sensitivity of students, to raise the intellectual restlessness, hunger for new experiences and explorations. To give joy in touching what is of theatre but what is of human alike, what is ancient and modern, local and universal.

Students of the Academy for Theatre Practices – mostly young people, talented, chosen – receive in GARDZIENICE extensive and unique experience. After completing the course, most of them keep it as a signpost in fighting the dust of everyday mediocrity. They create theatre, they work in the field of cultural practice, they are active, experienced. The Academy, however, does not protect them against their own destiny; it helps only to formulate existentially and artistically important questions. It cannot guarantee success in their struggle to avoid getting lost. 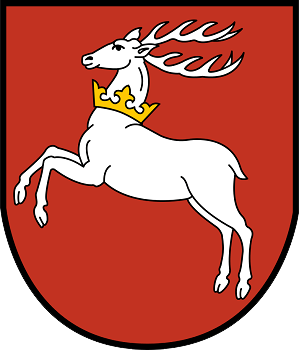